Vote for the only Change you can believe in!! 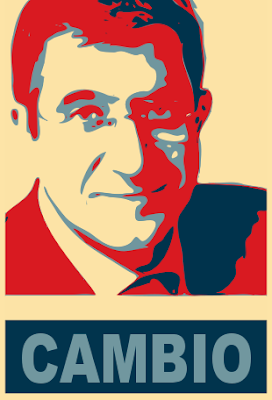 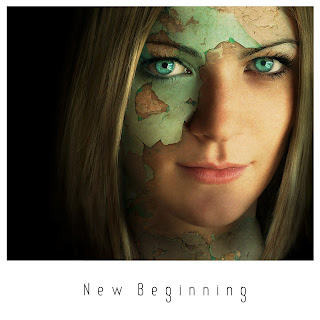 Pirates of the amazon

Pirates of the amazon firefox plug in download
Download here the polemic add on for firefox that shows links to free downloads of the book or music you are browsing at amazon.com
You'll need of course utorrent.
por jonytk a las 5:32:00 p. m. No hay comentarios:

Visit msnbc.com for Breaking News, World News, and News about the Economy

Feb. 20 (Bloomberg) -- The German Finance Ministry said euro-region countries piling up debt and suffering worsening financing conditions must cut spending to put their budgets on a sustainable footing, suggesting Chancellor Angela Merkel’s government is worried it may otherwise have to bail them out.

Countries concerned “must send a signal of confidence to financial markets through the strict consolidation of public finances,” the ministry said today in an e-mailed statement. The countries -- which the statement didn’t name -- “must discuss measures” with the European Commission and the European Central Bank to reverse widening bond-yield spreads.

The Finance Ministry has “no doubts” about the cohesion of the region using the euro, the statement said, adding that countries need to carry out “structural reforms” to improve competitiveness. A report in Germany’s Der Spiegel magazine saying the ministry is examining ways to bail out distressed countries “doesn’t correspond with the facts,” it said.

The comments came after Finance Minister Peer Steinbrueck said on Feb. 18 that euro-region countries would show their “ability to act” should some of them face financing problems. Allowing the euro region to break up “is absolutely absurd, with a view to the economic consequences,” Steinbrueck said.

Countries with better credit ratings could sell bonds and lend the proceeds to cash-strapped countries, Der Spiegel cited the ministry as saying. They could also sell bonds jointly, the magazine said without elaborating.

Germany is also examining joint European Union rescue measures, either alone or with the International Monetary Fund, Spiegel said. Steinbrueck on Feb. 17 said Ireland, which has a widening budget deficit, is in a “very difficult situation.”

The Irish government is committed to restoring sustainability to public finances by 2013, the Dublin-based Finance Ministry said Feb. 17 in an e-mailed statement. At 41 percent of gross domestic product, the country’s debt is below the EU average of 60 percent, it said.

The European Commission predicts budget shortfalls this year of 11 percent of GDP in Ireland, 3.7 percent in Greece, 6.2 percent in Spain and 3.8 percent in Italy, compared with 2.9 percent in Germany. The EU ceiling is 3 percent.

Ireland, Spain and Portugal are most at risk of credit- rating cuts as the global financial crisis batters Europe’s weakest economies, according to ING Groep NV. An assessment of 12 economies in the euro region found Germany, the Netherlands and Finland least likely to have their ratings changed.

ECB Executive Board Member Juergen Stark told Der Spiegel the rule that forbids EU members from bailing others out is an “important foundation for the functioning of the monetary union.” The bank’s former chief economist, Otmar Issing, told Frankfurter Allgemeine Zeitung newspaper that bailing out profligate euro members would be “catastrophic” and undermine monetary union.

European deficits have ballooned as governments from Berlin to Dublin committed more than 1.2 trillion euros ($1.5 trillion) to save their banking systems from collapse. The European Commission on Feb. 18 urged countries to bring their deficits back in line as EU Monetary Affairs Commissioner Joaquin Almunia said the best way Greece and Ireland could deal with market pressure was by strengthening their finances.

Merkel yesterday refused to be drawn on whether Germany would step in to bail out any member of the euro region, saying that she “will in no way engage in speculation, except to say that the eurozone is strong and has proved itself in the crisis.”

German Foreign Minister Frank-Walter Steinmeier said there is a “process that has just started” to determine how economically stronger members of the euro region could help weaker members, Reuters reported today. It “cannot yet be said to what extent measures can be taken.”

By Ye Xie and Molly Seltzer

Feb. 21 (Bloomberg) -- The euro reached the lowest level against the dollar in three months on speculation financial turmoil in eastern Europe may deepen the recession in the 16 nations that use the currency.
por jonytk a las 1:37:00 a. m. No hay comentarios: